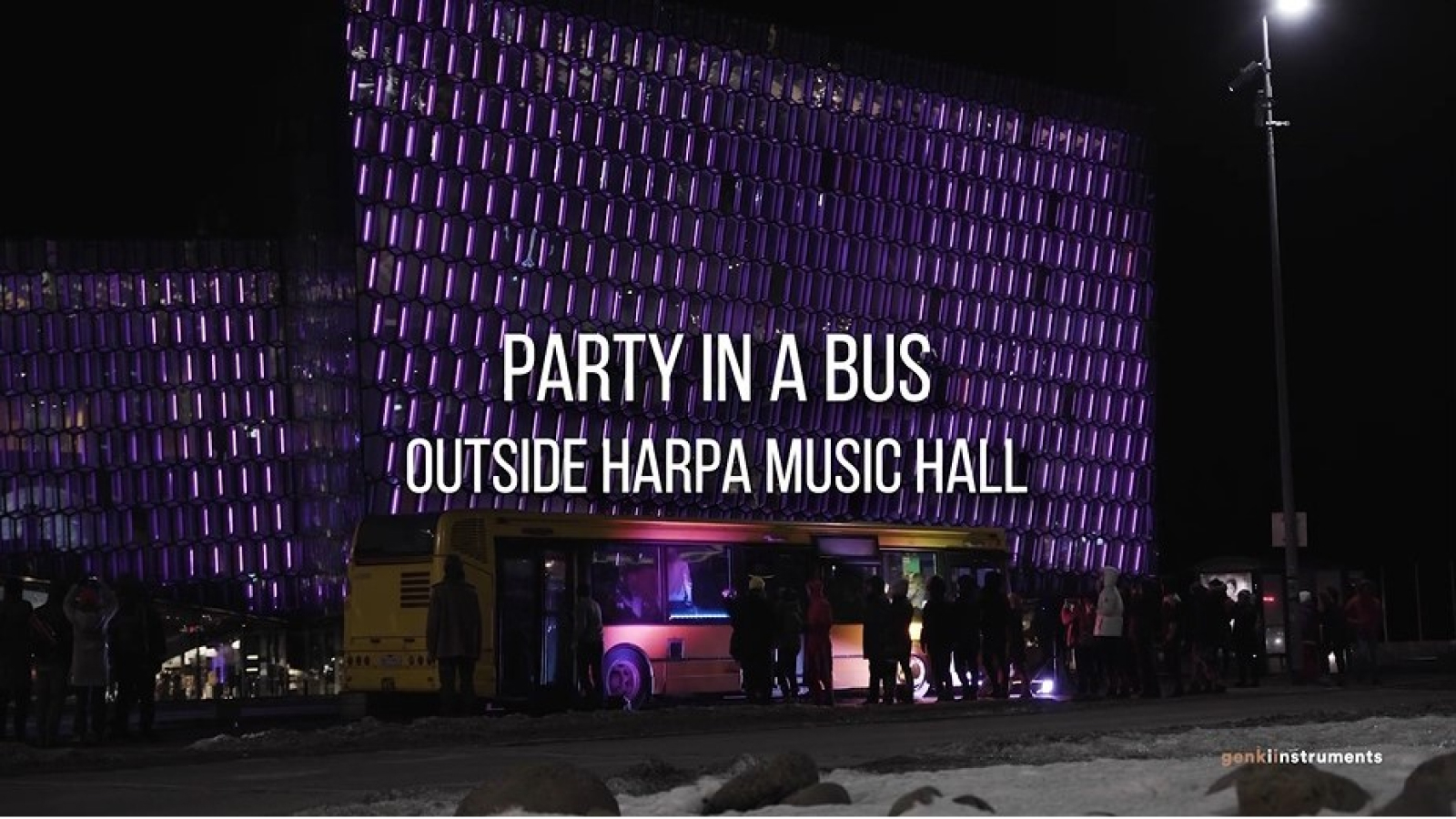 On a freezing Friday night in Reykjavík a bus full of people danced the night away.

Each year, the city of Reykjavík hosts the Winter Lights Festival, which is an annual event celebrating both the winter world and the growing sun light after a long period of darkness. The program consists of light installations, culture and outdoor activities. This year, music tech company Genki Instruments, with Tiny/Massive and teenage engineering organized a party in a bus outside Harpa, Reykjavík's stunning Music and Conference Hall.

In the extreme cold a powerful performance from Milkywhale (IS) got the bus bouncing and hearts pumping. During the concert, the lights on Harpa were being controlled by Wave by Genki Instruments. Wave is a ring that senses the motion of your hand and allows musicians to control and shape sound, light and effects with the motion of their hands. In this case the whole atmosphere was dancing along with Milkywhale.

After the performance was over, guests got to try the ring out and simultaneously control effects on the music and the whole light facade of Harpa. Wave is designed to allow artists to express themselves in an intuitive way and to give them a creative layer of control on top of the digital tools they already use merging art and technology in a new way.

Earlier in the evening, Sweden's Loney Dear had also performed using an innovative instrument to control sound and light. He performed and controlled the visuals on Harpa using teengae engineering's new instrument, the OP-Z. The long awaited multi-media synthesizer and sequencer was almost made for a moment like this and the setting showed it's enormous potential as a stand-alone device to control all aspects of the party.

Afterwards, concert guests got to play around with the instruments to control the light facade themselves. For the people gathered in a bus in -8°C on a windy night in Reykjavík it was definitely a night to remember.